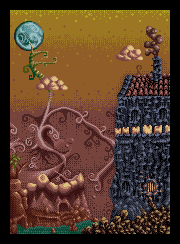 My son is reaping what he has sown, and is banned from school for 180 days.  He stole some of my clonazapam and sold two of them at school.  He and the other boy were overheard discussing it by a teacher.  The police were called and Garin got a class A felony charge.

We meet with the school in two weeks to discuss home education.  I don’t yet know the judicial consequence of his actions.  We are meeting with a drug rehab program in two weeks to start therapy.  I think this is the start of a long, hard journey for him and our whole family.

Triquain: The Triquain, created by Shelley A. Cephas, is a poem with several creative variances and can be a rhyming or non-rhyming verse. The simpliest form is a poem made up of 7 lines with 3, 6, 9, 12, 9, 6, and 3 syllables in this order.

In 2012 I had breast reconstruction surgery after breast cancer that was complicated by anoxic encephalopathy. In the month to follow I could not remember simple nouns but I wrote 50 poems in 30 days and have not stopped since this event. I have recently been diagnosed with borderline personality disorder and am in "DBT" treatment for this. Poetry helps describe both my injured mind and my salvation through Jesus, when the Spirit moves. Copyright 2019 Please respect my words and don't use them without my permission. Thank You!